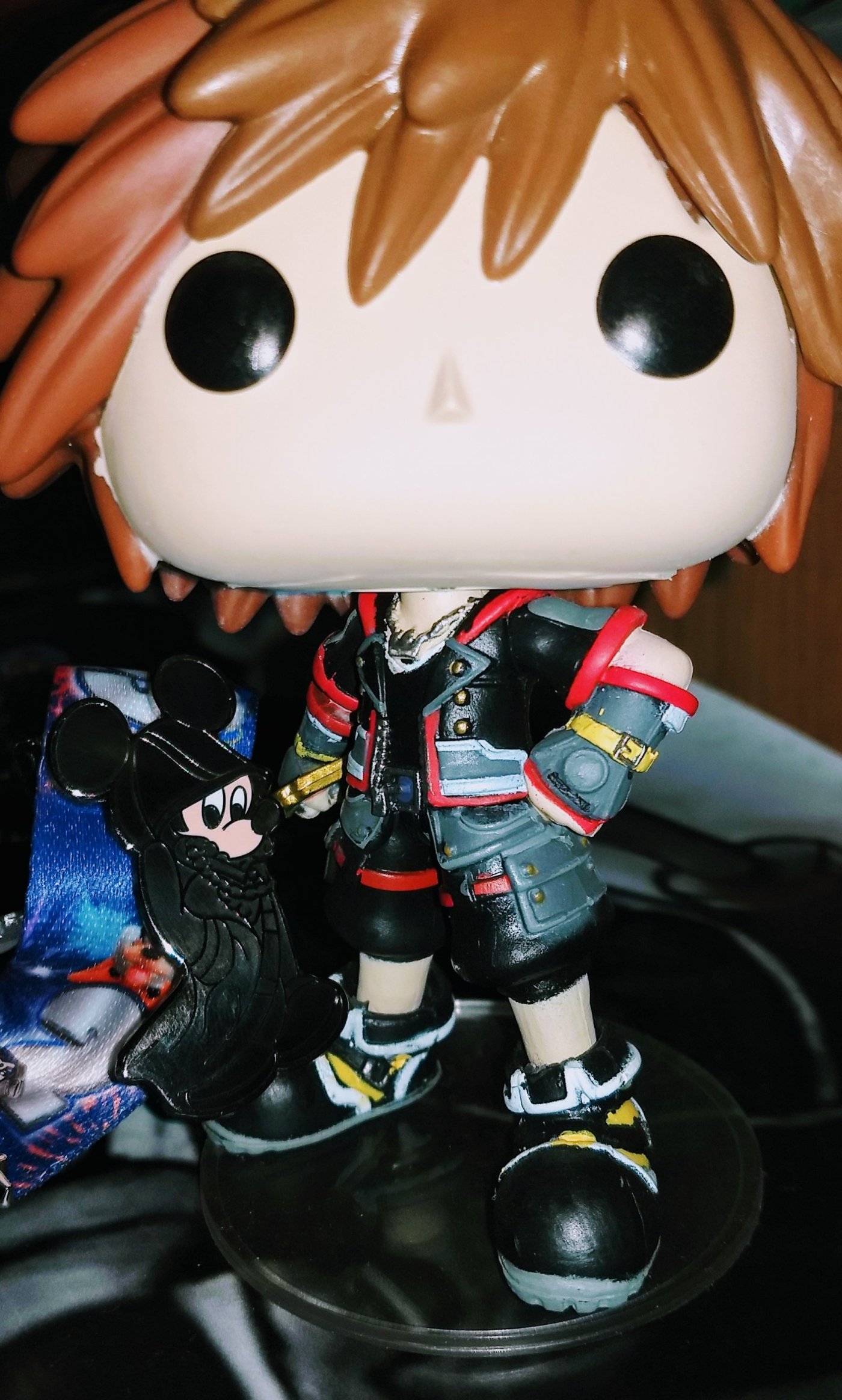 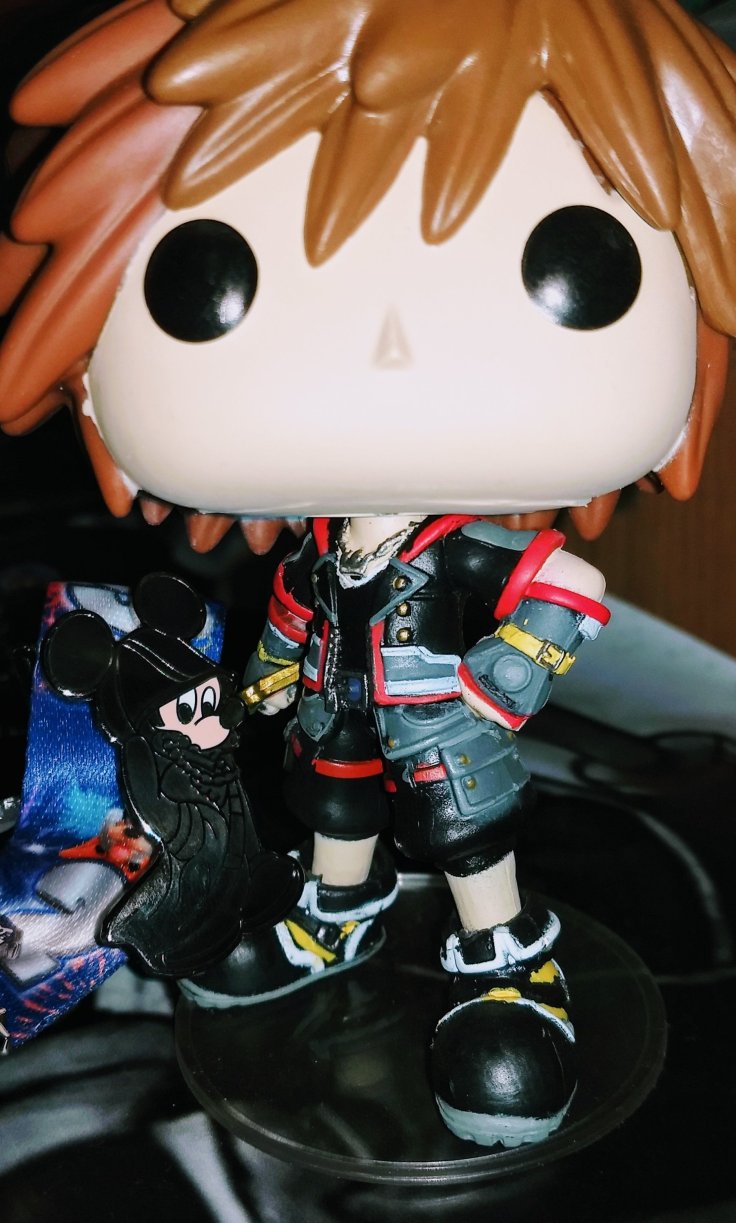 Hello, everyone! Sorax here and there is some sweet news that I want to share with all of you 😊.

At the beginning of this month (April), me and my family vacationed in Florida for seven days, with two of those days we were going to Walt Disney World! Which, was beyond wicked! Even though it rained quite a bit the second day we were there 😂.

The last time I went to Disney World, I was 16 years old and I most definitely wore thw Kingdom Hearts Sora crown necklace that my sister had gotten me for my birthday. While in a store, the crew member recognized where it was from and we started talking about how Disney could gain so much more money if they also incorporated Kingdom Hearts related mech.

Now, skip to seven years later. And my mom and a crew member managed to find me the last Organization XIII King Mickey pin in that specific store the first day we were visiting Magic Kingdom. AN ORGANIZATION XIII KING MICKEY OFFICIAL TRADING PIN! How amazing is that?! Seven years ago, a crew member wouldn’t have even needed to check. But now? They did! And a store on Main Street had at least ten more King Mickey pins!

Disney is finally jumping on the Kingdom Hearts hype and I couldn’t be happier! But that’s not all!

After getting Tinkerbell’s autograph, I was looking at the King Mickey pins with my mom and a crew member approached us, saying how she liked my KH shirt and hat. (And I will tell you, I decked out in all the Kingdom Hearts gear I could for each trip 😂.)

We started discussing KH3 and I mentioned to her how it was awesome that Disney has these pins but I wished that Disney had more and she let me in on, well, not really a secret, but a little insider knowledge 😏.

Plushies! Not just pins! This is something I have been hoping for since my first time stepping into the happiest place on Earth all those seven years! Kingdom Hearts, something I have grown up with and always had to explain who was standing next to Donald and Goofy on my hats, is now starting to become more well-known. So well-known that Disney themselves is starting to bring it into their park stores!

No longer is Kingdom Hearts being told to sit in the corner. We, now, can raise our keyblades high and not have to worry about people not believing we belong with Disney!

Now, the crew member wasn’t absolutely sure when the King Mickey plushie will be released, but she mentioned how all the crew members have been shown pictures of it, that it should be some time soon. Possibly as soon as June? But, again, she wasn’t sure and is only estimating a release date. But the King Mickey plushie is real and is a great stepping stone to have more of the Kingdom Hearts themed Disney characters being available at the Disney parks, and possibly the main Kingdom Hearts characters walking around and interacting with the princesses! That would be the coolest thing ever 🤩.

What are all of your thoughts on Disney World incorporating King Mickey pins and plushies to their stores? Are you excited? Upset? Indifferent? Ready to go to Kingdom Hearts and back? Comment down below and let me know!

Let your heart be your guiding key and I’ll see ya real soon! ❤️